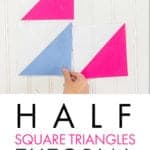 So you're new to quilting and you wonder How Do You Make Half Square Triangles?  I'm here to show you the most outrageously EASY and simple way to cut and sew a half square triangle block.  Half Square Triangles are seriously one of the most versatile blocks to sew and hands down are my favorite.

They are simple, look good in nearly any fabric choices, and can be used to make countless combinations.

If you don't want to think about the math, you can find my Half Square Triangle-based quilt - The Maid Modern Quilt in the shop. It is a minimal modern design that comes in baby and throw sizes.

I have several Half Square Triangle Quilts that are currently in the works (you can see the mini quilt patterns here and here), so I decided to do a simple Half Square Triangles Tutorial so you can make some too! There are several different ways to make half square triangles, each having their own pros and cons, so I am going to be doing a series on them this month covering all the different ways to piece HST's, some quick HST math cheat sheets, the different patterns that can be made using HST's, and what type of piecing method is best for what type of project.

First, you might ask, What is a half square triangle?

Ways to Make Half Square Triangles

This is the original tutorial that was made several years ago. The graphics are simple and easy to understand. I have updated the post with new pictures and a video including some great tips for more accurate Half Square Triangles. I am leaving the original here, but you can scroll down to find the photo tutorial and new tips.

3. Cut down the marked line to make two new squares.

5.  Press seam (both layers) toward the darker color.

6.  Place a ruler on the block keeping the 45-degree diagonal line over the diagonal seam.  Trim to your square to the desired size.  There will now be two Half Square Triangles (HSTs).

HALF SQUARE TRIANGLE CHART AND FORMULA

This tutorial is essentially the same as the graphic one above but completed in photo steps for those who prefer this method.

Pin to Save for Later!

Previous Post: « 25+ SPOOKY HALLOWEEN QUILT PATTERNS TO SEW!
Next Post: Half Square Triangles 4 At A Time with a Chart » 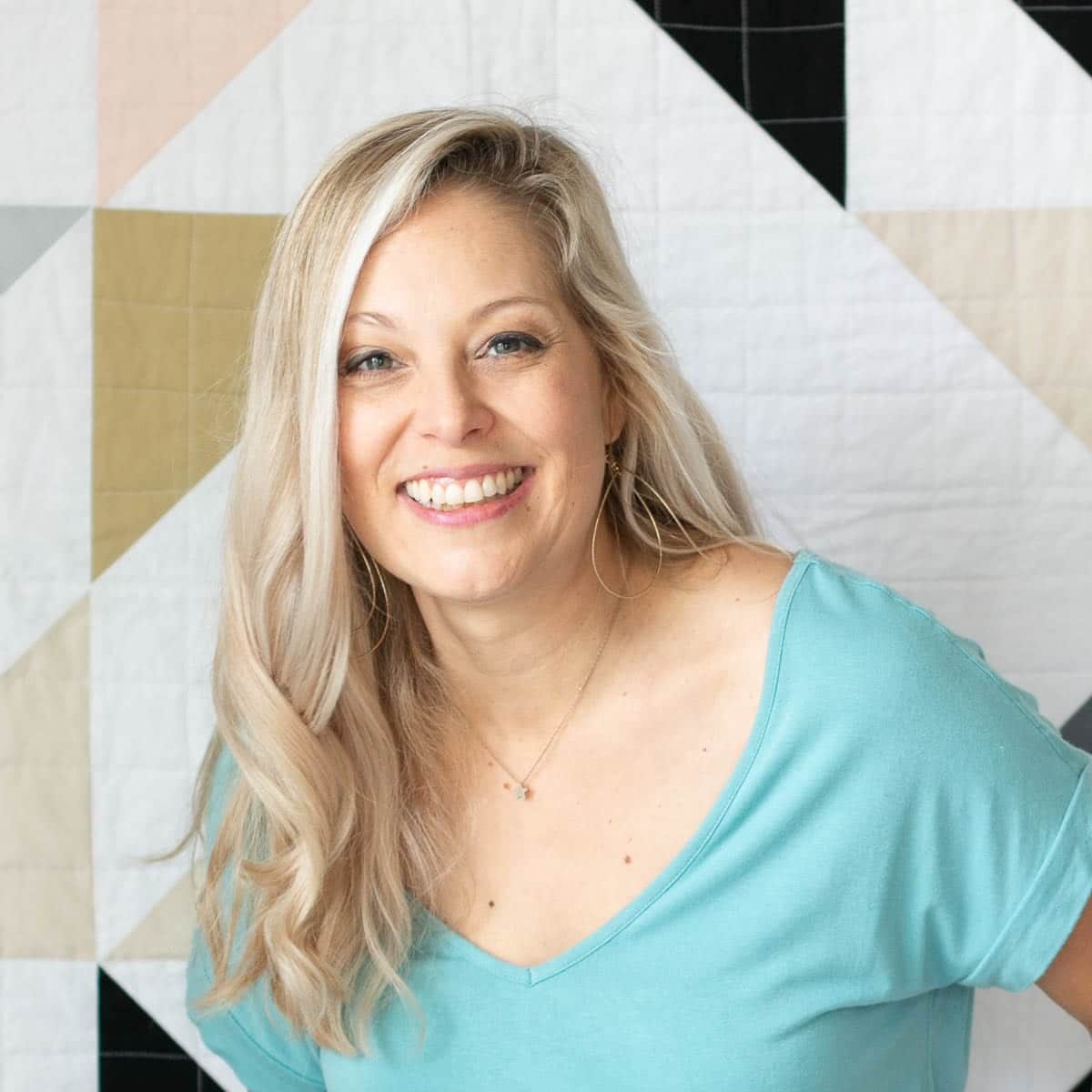 I'm super excited to be teaching a class at Rebecc

Meet the #whistlestopquilt 🎈🎊🎀. It has be

Merry Christmas from my peeps to yours. Hope your

Sew an easy Christmas Stocking! I have a new vide

Hey friends! It's been a while since I've introdu