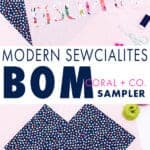 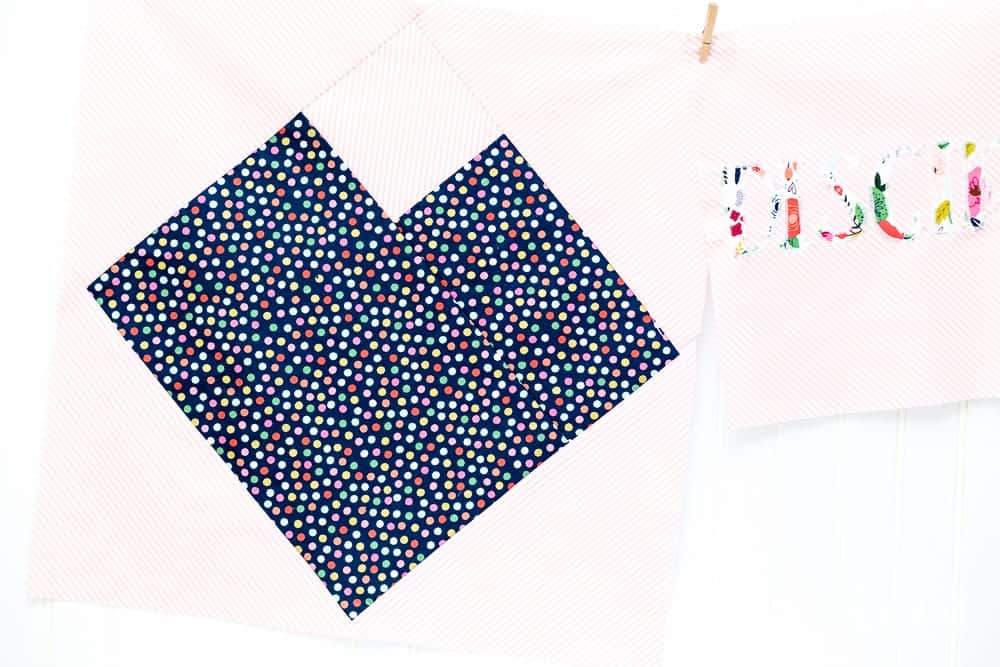 Stephanie is so good at telling a story and bringing together a community and is using her amazing gifts to start a community celebrating the joy of creating.  The Modern Sewcialites club comes with some pretty cool perks including exclusive podcasts (ok, she had me here!), a Block of the Month Club, and recipes from your favorite bloggers. 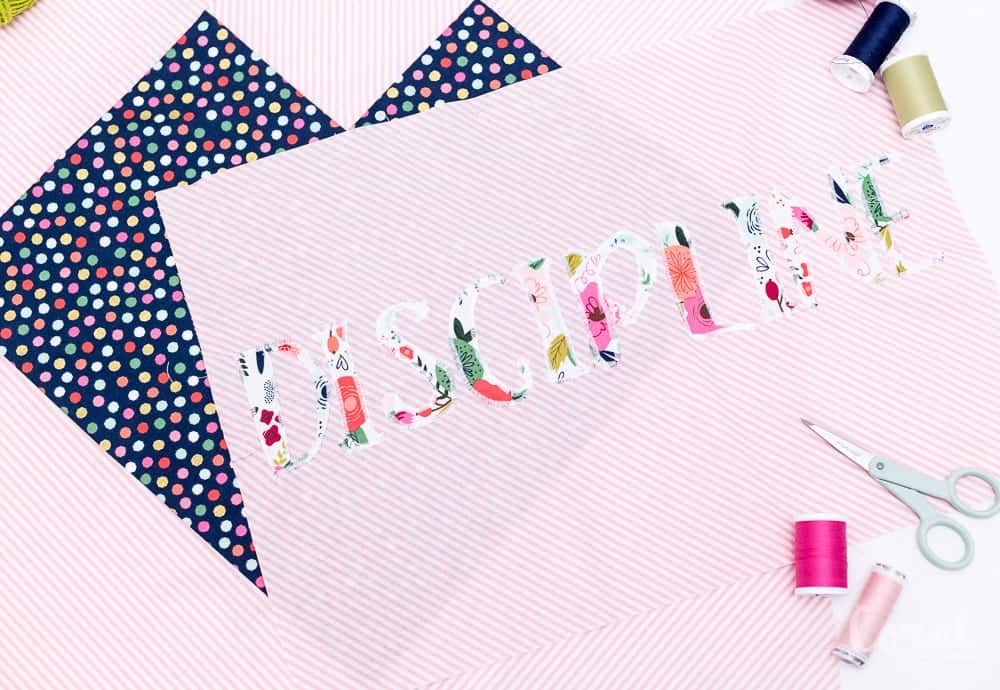 I love listening to her stories and how real she is about what goes on behind all the pretty stuff you see on the internet.  She's not afraid to tell you her sewing fails and makes you feel like you are hanging out together in her front room.  I knew right away that I wanted to be part of this club!

was a little late starting the Block of the Month Club, but I have finally caught up and have both January and February to show you.  Double whammy! 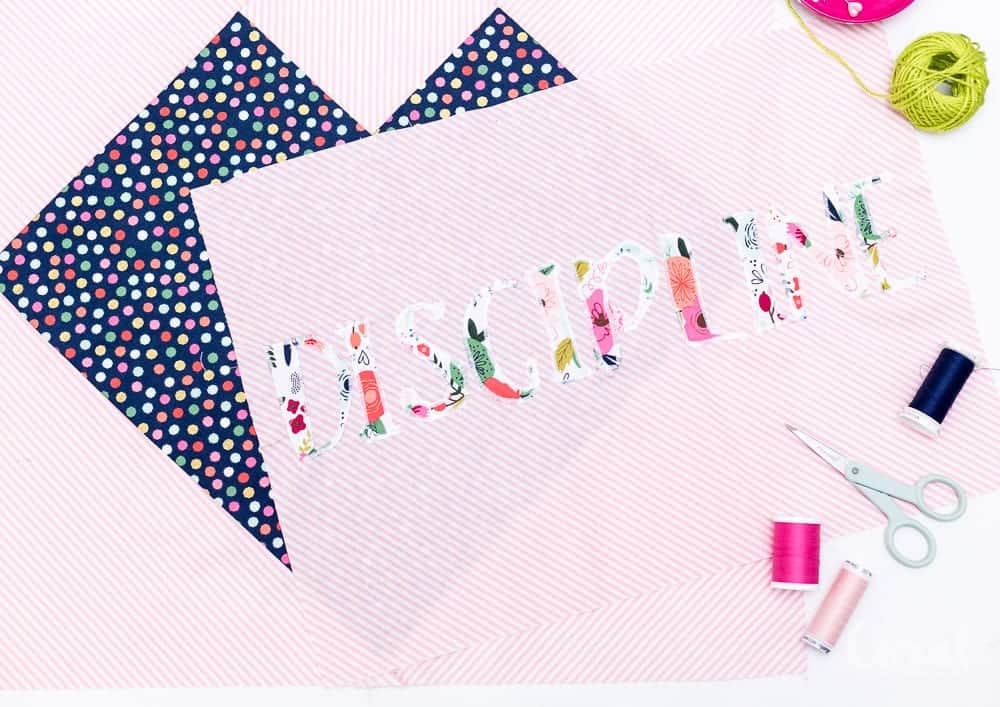 January's block of the month is totally the coolest theme - your own word of the year!  I love, love, love this!  Such a great way to really make my quilt special and remind me of my journey. 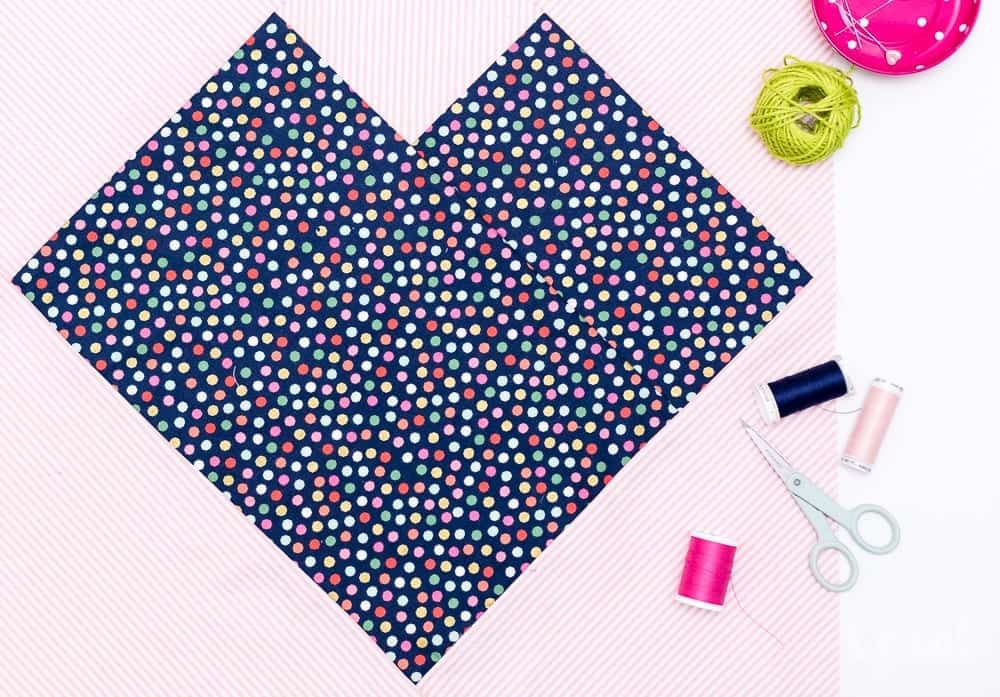 I choose the word DISCIPLINE for my word of the year.  Being a creative person I definitely have the tendency to get sidetracked and do only the things I feel like doing at the time.  Which is totally fine for a hobby except that as my blog has become more successful and has become a business, doing things that I don't feel like doing are part of the gig (like scheduling social media). 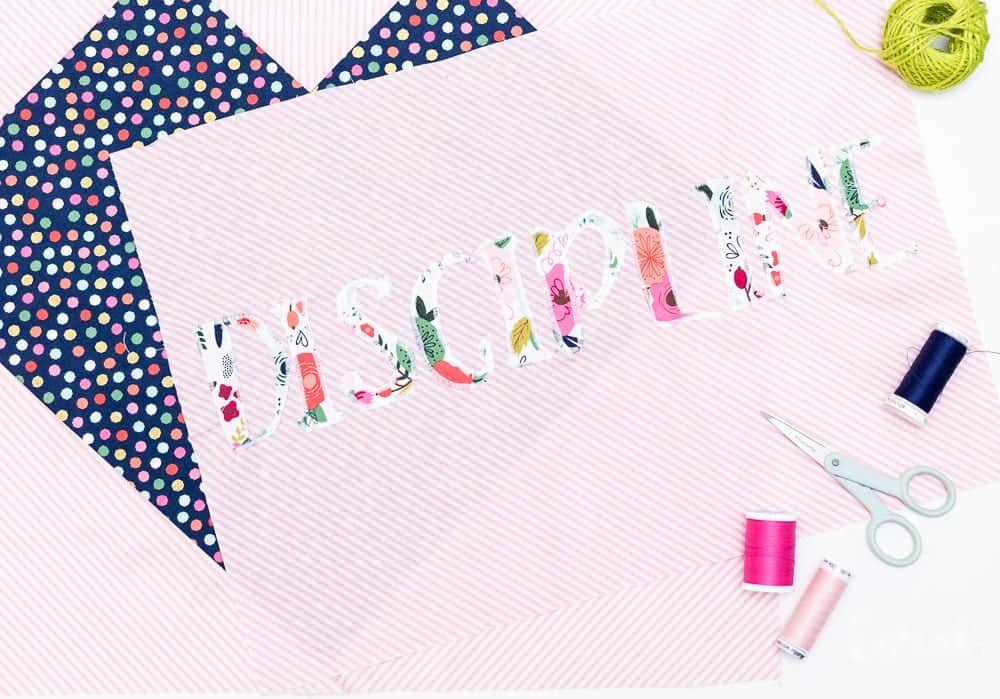 So I really took the word of the year to heart and decided that spelling out the thing that I most wanted to be successful in this year was going to help make it happen.  Even this week my word has kept me on track. 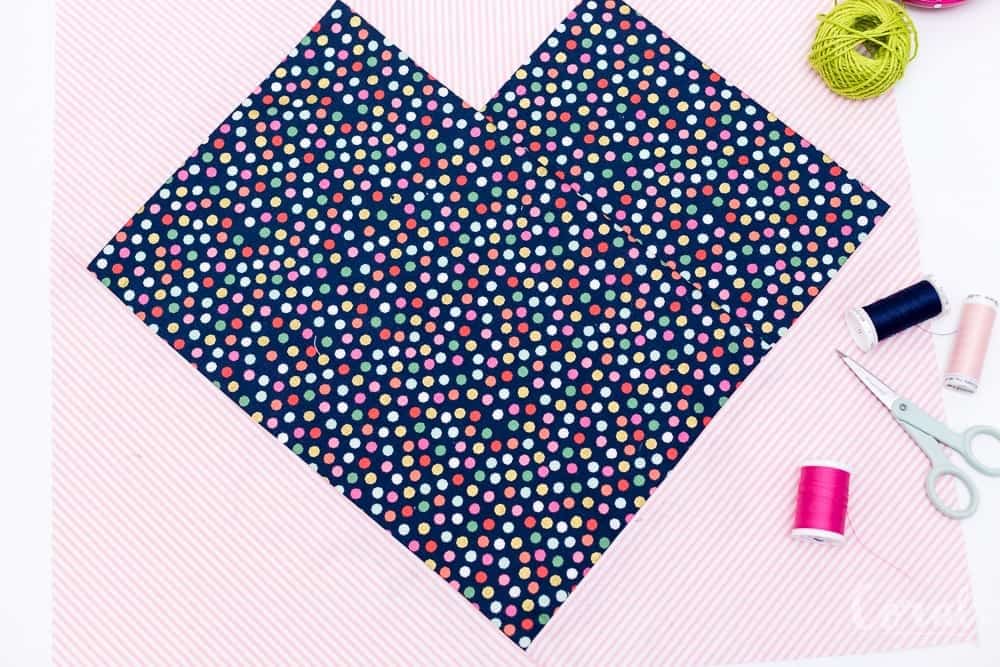 The kids have both been sick (first one and then the other) and with the crazy flu season, I have been to the doctor way too many times.  Time was pretty limited the last week and a half and honestly, I didn't feel like sewing (I forgot to mention the 2 day dance rehearsal/recital in between one kid getting sick and the other) but knowing my end goal of posting two times a week this year and thinking about my word of the year pushed me to get it done. 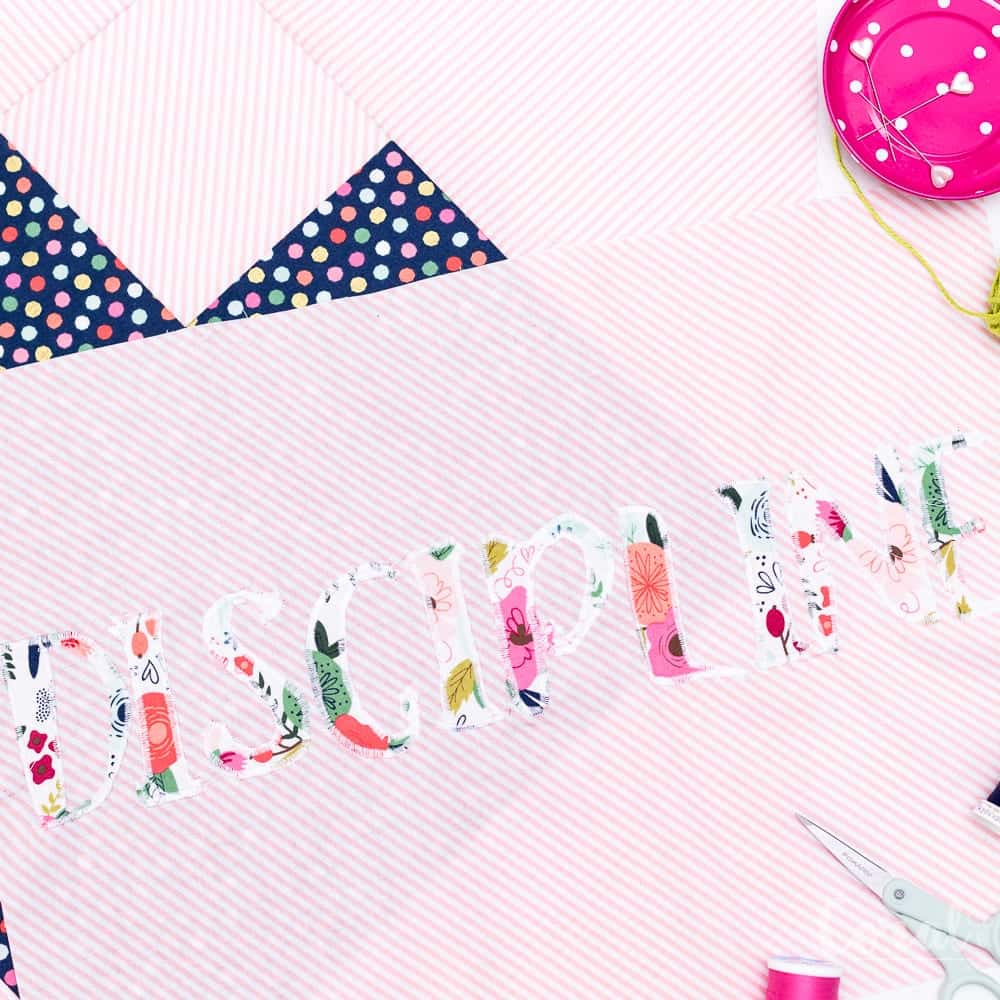 I truly love sewing, so I don't' want you to think that I am complaining about sewing, but we all know how it gets pushed to the back of the list.  Even for bloggers! 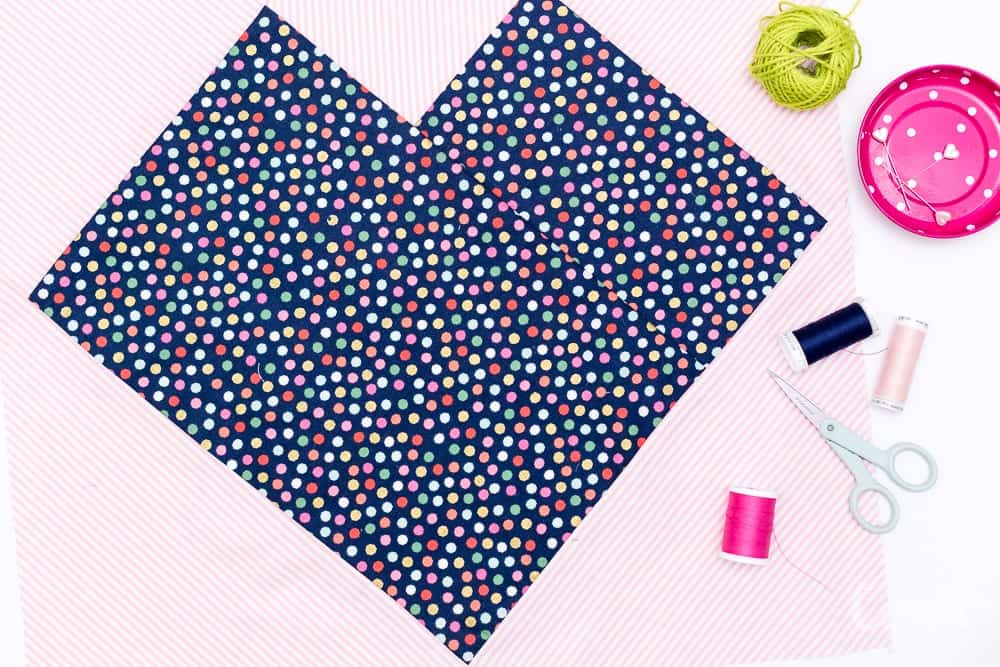 I absolutely lurve the way these two blocks turned out.  I am using the cute designer fabric sampler that Cricut makes for the BOM quilt sampler plus this super pretty diagonal stripe from Riley Blake Designs.  The giant heart block is super simple and pieces together in about 5 minutes.  Definitely my kind of block! 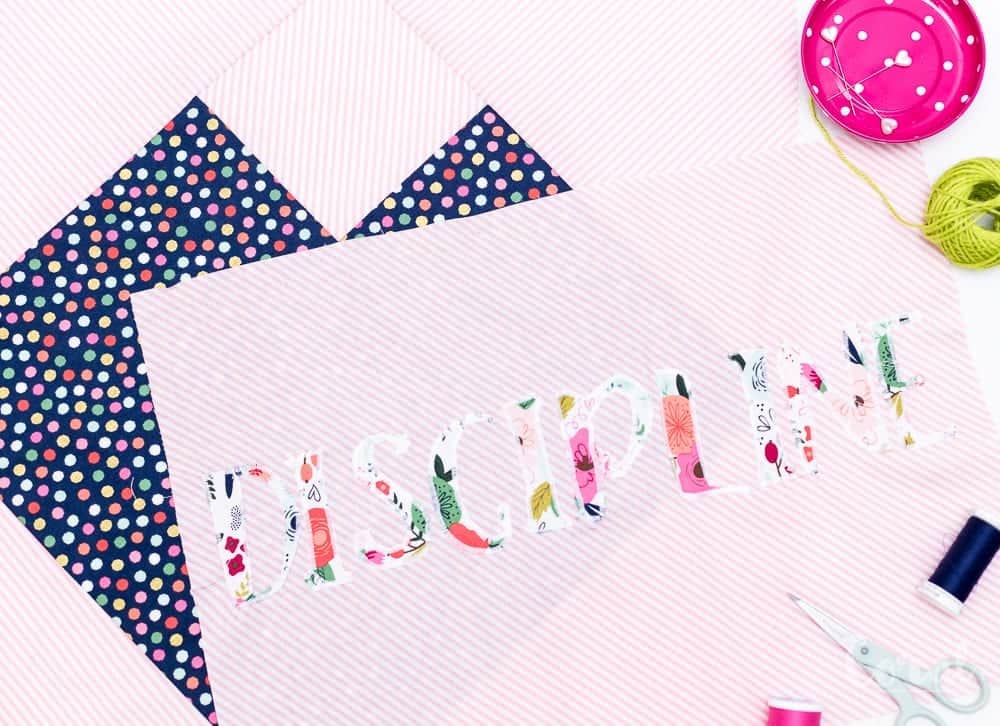 I cut the letters out with my Cricut Maker and just used a font that I liked in Design Space.  I really like the font (its called Black and White Display) but some of the narrow parts of the letters made it difficult to applique.  A wider font definitely would have been easier.  You can check more things you can sew with the Cricut Maker here. 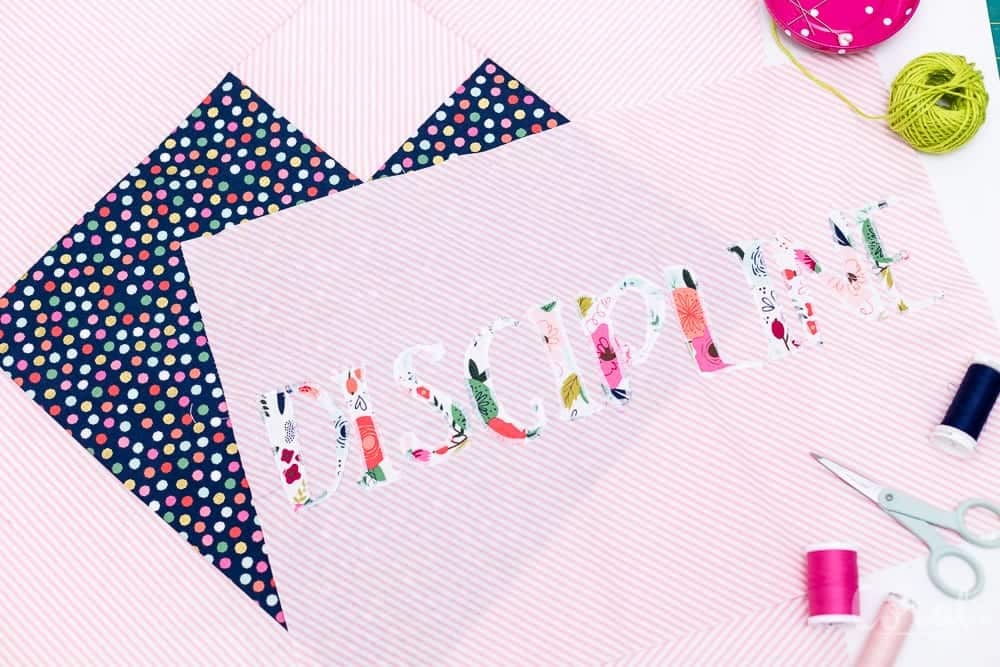 This quilt is going to be super fun when it is all finished, and I will show each months block as I make them.

If you are interested in the Modern Sewcialites Club, I included her short video on it you can check out the details for yourself! 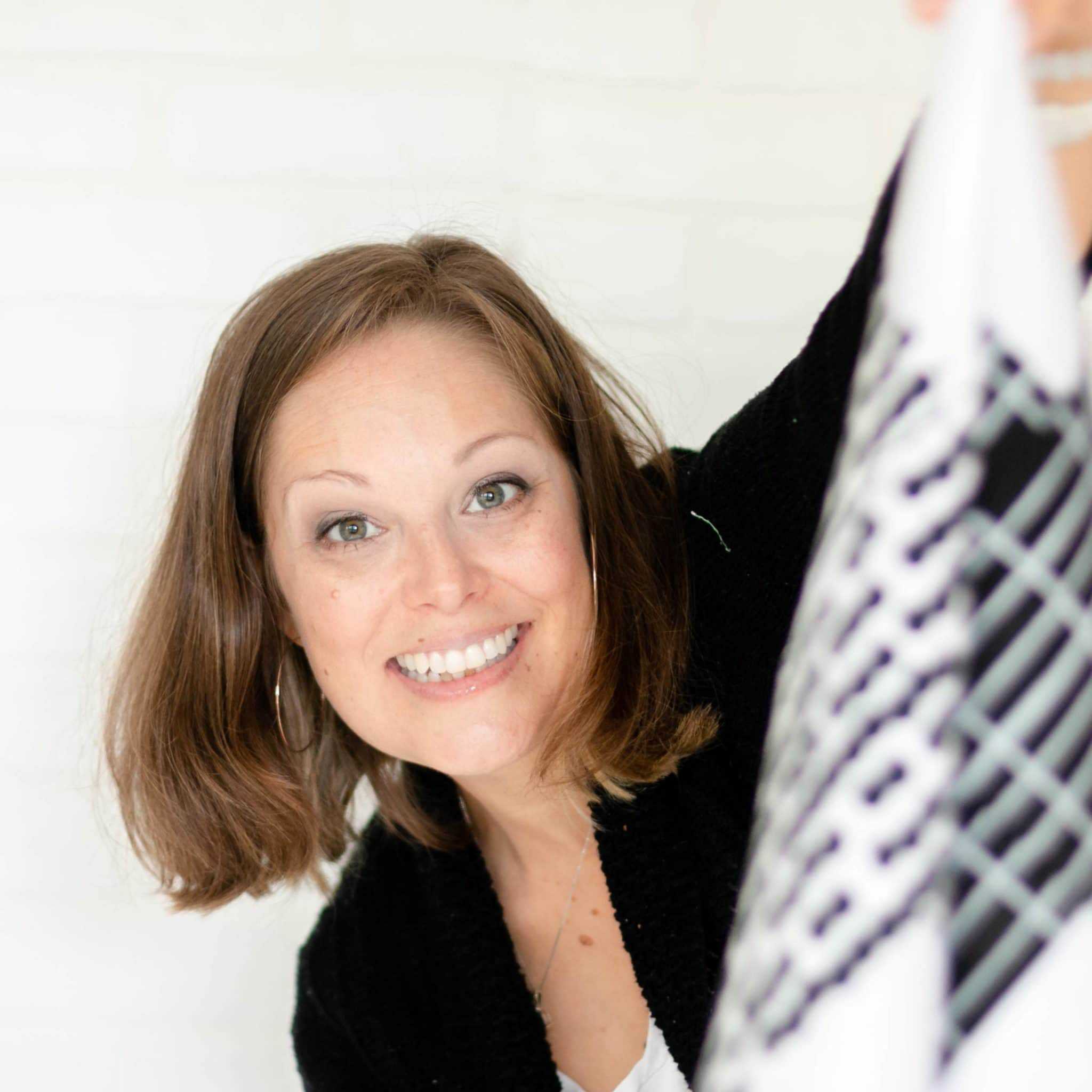 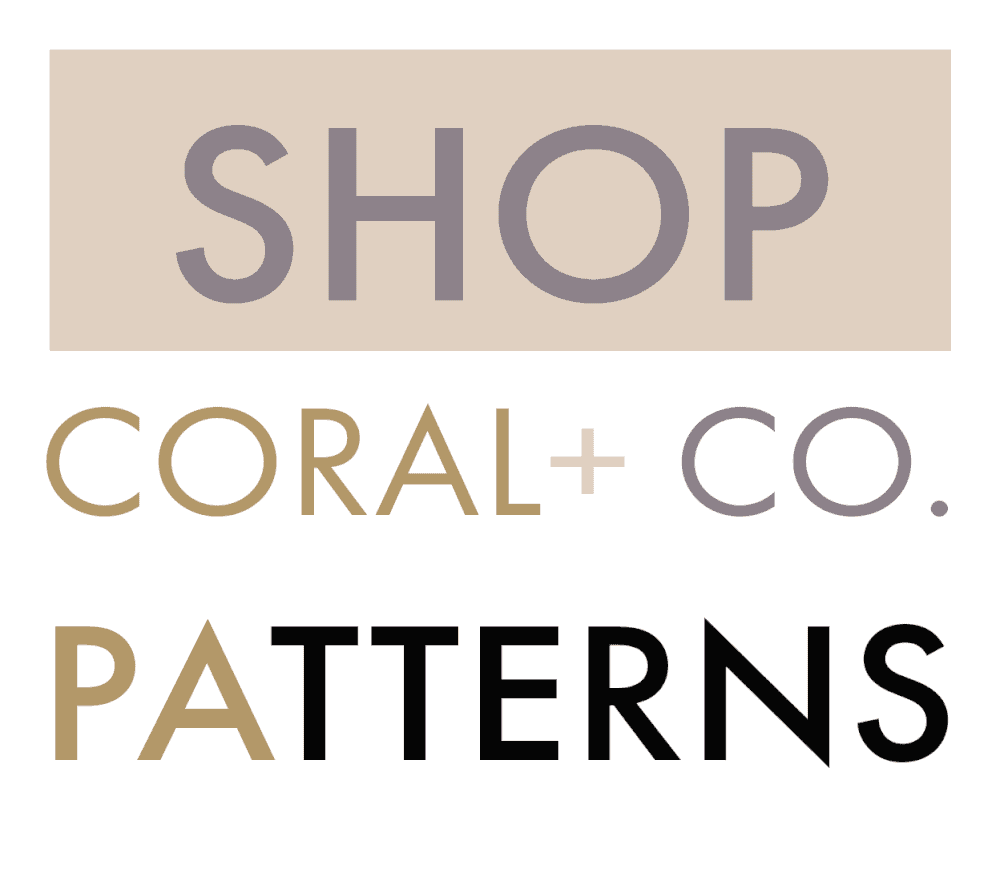 I have seriously struggled this week with where to

What little girl doesn't need a bow? After many r

I'm pretty sure all quilters can agree: Happiness

Thanks to the people who make me a better person t

POLL! Which one describes you when it comes to qu

Do you love our projects? So much you want to feature us? Well, thanks! Here's the fine print: We only allow one photo with a direct link back to Coral + Co. to be used when featuring our work ;)Read more at https://www.coralandco.com/disclosure-policy ©Coral + Co., 2012-2018